Cricket for boys age from 7 through to 19

With Grayshott on the Surrey/Hampshire border, teams are entered into local leagues, the Surrey Junior Championship and the South East Hants League. Our aim is to enter sides into leagues that will allow children to enjoy and develop their cricket irrespective of ability.

Boys aged 14 upwards are also encouraged to play adult cricket on a Saturday or Sunday if they are keen to do so. The club also has several boys who have reached Hampshire regional level with one currently at full county level.

We hope to provide some outdoor coaching early in April , but are awaiting guidance to follow from the ECB . Summer coaching normally runs from the end of April to the middle of July.

All of our coaching sessions offering a good ratio of coach to children are led by fully qualified cricket coaches, who are all DBS checked and have attended basic first aid and safeguarding children courses.

Coaching is very rewarding so if you would like to get involved you can read more here about you can get involved.

Come and join us today

Come and join one of our boy’s teams at Grayshott. Text or give Graham a call on 07826 523227 . Alternatively email him grahamsampson@grayshottcc.co.uk

We attract boys for cricket from all of the surrounding areas, including Beacon Hill, Bordon, Hindhead, Haslemere, Headley, Liphook and Whitehill. 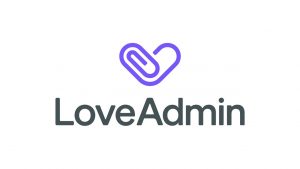 Where does it all happen

Venues for home games and cricket coaching for boys

Click on the links for dates/times and locations of summer and winter coaching.

© 2021 Grayshott Cricket Club. Charity Registration Number 1123809 | The Sportsfield, Beech Hanger Road, Off Headley Road, Grayshott, GU26 6LS| Coaches Corner
We use cookies on our website to give you the most relevant experience by remembering your preferences and repeat visits. By clicking “Accept”, you consent to the use of ALL the cookies.
Cookie settingsAccept
Manage consent

This website uses cookies to improve your experience while you navigate through the website. Out of these, the cookies that are categorized as necessary are stored on your browser as they are essential for the working of basic functionalities of the website. We also use third-party cookies that help us analyze and understand how you use this website. These cookies will be stored in your browser only with your consent. You also have the option to opt-out of these cookies. But opting out of some of these cookies may affect your browsing experience.
Necessary Always Enabled

Performance cookies are used to understand and analyze the key performance indexes of the website which helps in delivering a better user experience for the visitors.

Analytical cookies are used to understand how visitors interact with the website. These cookies help provide information on metrics the number of visitors, bounce rate, traffic source, etc.

Other uncategorized cookies are those that are being analyzed and have not been classified into a category as yet.