Grayshott's I'Anson Cup winning side in 1920 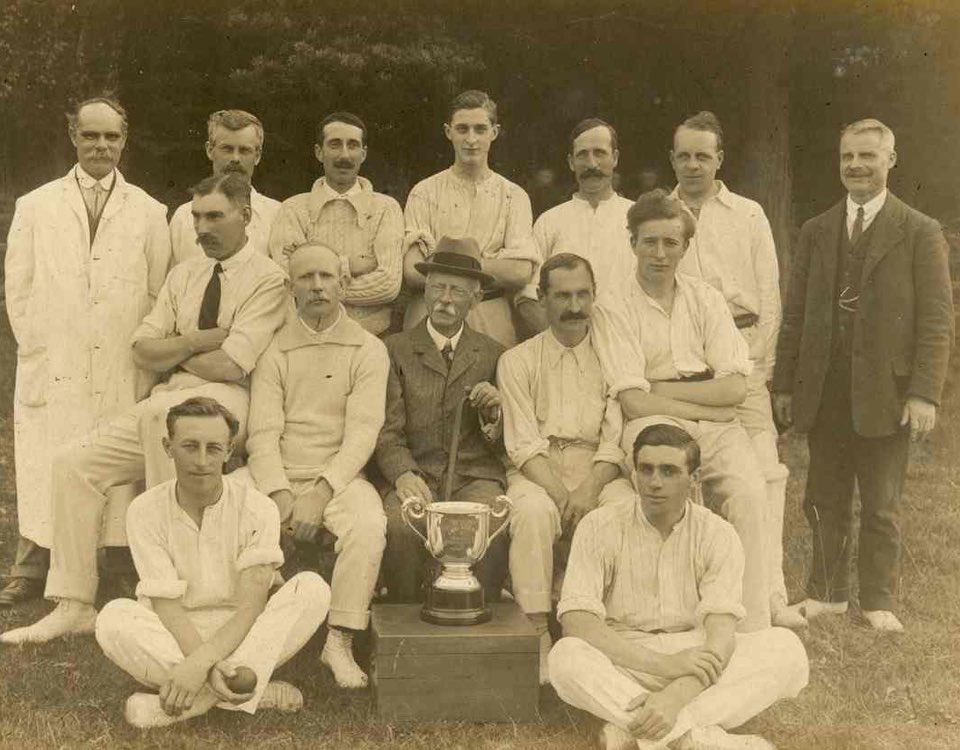 Grayshott Cricket Club is an open to all, family orientated cricket club situated in East Hampshire on the Hampshire/Surrey Border. The club was founded in 1896 and is one of the founder member clubs in the I’Anson Cup Competition. Grayshott is the only club that has played throughout the history of the competition, being the oldest competitive village league in the country. The competition was founded in Grayshott so the club has a strong affiliation with the competition and the ethos of village cricket.

Throughout most of its history the club has fielded two adult teams but since the start of the century with both expansion in the league and the number of junior members at the club, this number has increased to three adult teams, requiring the club to acquire a second ground

Youth cricket has been played at Grayshott since 1959 and the club has always had a good reputation for promoting young cricketers, andpart of the club’s ethos being to develop young cricketers so they can play adult cricket in a safe environment. Testament to this is that many of our current adult teams are made up of players either former or current junior members at the club.

Youth cricket at the club has grown considerably in the last 15 years growing from just 30 members to over 200 and now including a dedicated girls group.

In 2017 the club embraced the ECB’s ALL STARS initiative attracting a further 100 children in 2019 between the age of 5 and eight years of age.

© 2022 Grayshott Cricket Club. Charity Registration Number 1123809 | The Sportsfield, Beech Hanger Road, Off Headley Road, Grayshott, GU26 6LS|
We use cookies on our website to give you the most relevant experience by remembering your preferences and repeat visits. By clicking “Accept”, you consent to the use of ALL the cookies.
Cookie settingsAccept
Manage consent

This website uses cookies to improve your experience while you navigate through the website. Out of these, the cookies that are categorized as necessary are stored on your browser as they are essential for the working of basic functionalities of the website. We also use third-party cookies that help us analyze and understand how you use this website. These cookies will be stored in your browser only with your consent. You also have the option to opt-out of these cookies. But opting out of some of these cookies may affect your browsing experience.
Necessary Always Enabled
Necessary cookies are absolutely essential for the website to function properly. These cookies ensure basic functionalities and security features of the website, anonymously.
Functional
Functional cookies help to perform certain functionalities like sharing the content of the website on social media platforms, collect feedbacks, and other third-party features.
Performance
Performance cookies are used to understand and analyze the key performance indexes of the website which helps in delivering a better user experience for the visitors.
Analytics
Analytical cookies are used to understand how visitors interact with the website. These cookies help provide information on metrics the number of visitors, bounce rate, traffic source, etc.
Others
Other uncategorized cookies are those that are being analyzed and have not been classified into a category as yet.
SAVE & ACCEPT